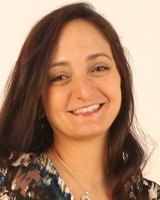 Katia Cristina Pinello was born in São Paulo in 1977 and received her DVM from the School of Veterinary Medicine of the University of São Paulo (FMVZ-USP) in 2002. She gave her first steps in research at Experimental Oncology Laboratory of the FMVZ-USP as an undergraduate researcher. After this, she went to an abroad internship in Lyon – France, at the Veterinary Pathology Department and Veterinary Oncology Service of the National School of Veterinary Medicine of Lyon. From 2004 to 2006, during her masters degree, she started developing a cell culture research center at the Experimental Oncology Laboratory and performed a study with primary canine cancer cells, which provided biologic material for many following studies. During this period, she was responsible for creating and organizing the first ONCOVET course at the FMVZ-USP. Furthermore, she led the creation of the Brazilian Veterinary Oncology Association – ABROVET. After moving to Portugal and gaining experience as a clinical oncology practitioner at a local veterinary hospital in Porto (2008-2011), she made a Post-graduate course in Pharmaceutical Medicine – Clinical Research at the University of Aveiro. And in 2013, she received an international challenge and a Ph.D. fellowship from CAPES-Brazil (2013-2018) to perform a comparative study between São Paulo and Porto regarding lymphomas in canine and human species, at the University of Porto – ICBAS.  In the scope of One Health and Comparative Oncology fields, her research interests are focused mainly in translational cancer studies to better and faster predict potential hazards to humans and to the environment. And also, Data Science and Veterinary Public Health fields. 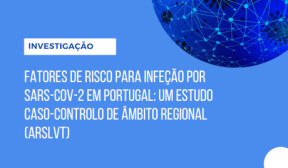