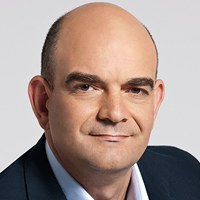 Paulo Melo was born in 1962 in Porto. He graduated in Dental Medicine in 1986 from the School of Dental Medicine of Porto, and in 2002 he completed the PhD in Conservative Dental Medicine from the Faculty of Dental Medicine of the University of Porto (FMDUP). He has been working as a dentist since 1986. He teaches at FMDUP since 1996/1997, and is an Associate Professor with aggregation since 2010. Between 2007 and 2010, he was member of the Directive Council and director of the FMDUP’s dental clinic, and is currently member of the Council of Representatives, the Scientific Council of FMDUP and the Scientific Committee of the Integrate Masters in Dental Medicine. At the Faculty of Health Sciences of the Fernando Pessoa University (UFP), between 2002 and 2005, he was Scientific Coordinator of the Bachelor in Dental Medicine. Furthermore, he has been developing research work in national and international projects, in areas such as Dentistry, Cariology, and Public Oral Health, which resulted in several scientific publications. He is director of the Portuguese edition of The Journal of the American Dental Association (JADA) since 2002, member of JADA’s Editorial Committee and reviewer of several national and international journals. He has been in executive positions within the Portuguese Dental Association (OMD) since 2001, where he was Secretary General and President of the Board from 2009 to 2016 and is currently President of the General Council. Since 2002, he has been collaborating in several projects with the Portuguese Directorate-General of Health and the Portuguese Ministry of Health, regarding research and promotion of Oral Health. Among those projects are the National Oral Health Promotion Program, the dentist voucher, the Oral Cancer Early Detection Program and the III National Epidemiological Study on Oral Disease. He also integrated the National Agency for Medicines and Health Products within Dental Medicine of the INFARMED, I.P. (Portuguese National Authority of Medicines and Health Products), from 2013 to 2016. Internationally, he is an elected member of the Board of the Council of European Dentists (CED) since 2016, and is president of the Working Group of Education and Professional Qualifications of CED since 2014. He is also an elected member of the Board of the World Dental Federation (FDI) since 2018, was vice-president of the Public Health Committee of FDI from 2014 to 2018, and was member of the ORCA-ADEE working group for defining the Cariology curriculum in Europe between 2010 and 2011.